See that on the orange-shitpile’s heel? -that’s not toilet paper after all, it’s the U.S. Constitution.

June 20, 2020  (from the Sydney Morning Herald) …
Washington: US President Donald Trump has threatened unspecified action against any protesters at his weekend re-election rally in Tulsa, Oklahoma, in a warning that his campaign said was not directed at peaceful demonstrators.

“Any protesters, anarchists, agitators, looters or lowlifes who are going to Oklahoma please understand, you will not be treated like you have been in New York, Seattle, or Minneapolis. It will be a much different scene!” Trump tweeted.

Marc Lotter, a spokesman for Trump’s campaign, said Trump was referring to agitators and not peaceful protesters.

“The President supports peaceful protests and people who are exercising their First Amendment rights,” Lotter told MSNBC in an interview following the tweet.

The rally is Trump’s first major re-election event in the wake of the novel coronavirus pandemic that shuttered much of the country and comes amid weeks of civil unrest over the treatment of African Americans and growing protests over racism and policing.

Trump faced sharp backlash over a tweet during protests following the recent death of George Floyd, an African-American man in Minneapolis, that said “when the looting starts, the shooting starts”.

The phrase evoked a white segregationist who was Miami mayor in the 1960s, though the President later said he was unaware of its origins.

The Reverend Al Sharpton, a civil rights activist who was scheduled to keynote a Juneteenth event in Tulsa later on Friday, called Trump’s tweet “provocative” and “disrespectful,” especially following the recent deaths of Floyd and another African-American man, Rayshard Brooks, in Atlanta.

Posted by Claude Robichaux on May 15, 2020
Posted in: Litterboxing. Tagged: a Good Joe, Biden 2020, Biden for President, Character, Dignity, Go Joe Go!, Honesty, integrity, Joe Biden, No One is Above the Law, No Pardon for Trump, Respect.

The Sound of Silence Disturbed

Orange Shitpile 💩 Speaks on the Coronavirus …

Sinnerman -Where You Gonna Run To? 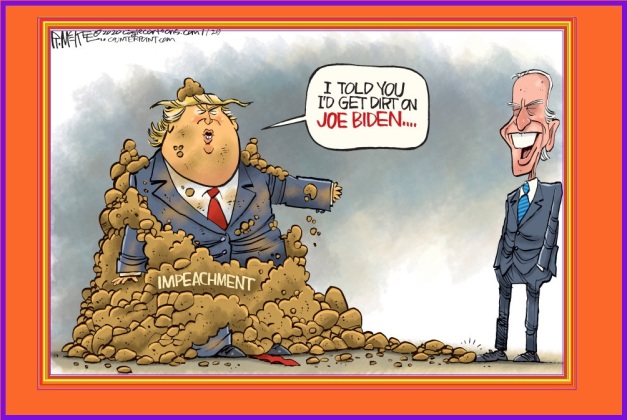 No matter what happens, Trump is a loser, inside and out, up and down. It’s already cast in stone by the overwhelming volume of evidence and fact. Nothing, absolutely nothing, can change that –especially not ill gotten gains and goods. 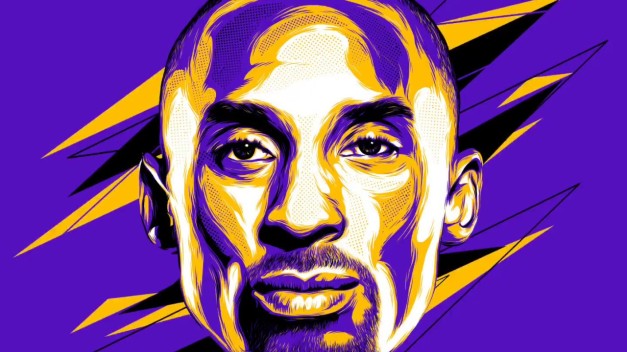 “Nothing But a Pack of Cards!” 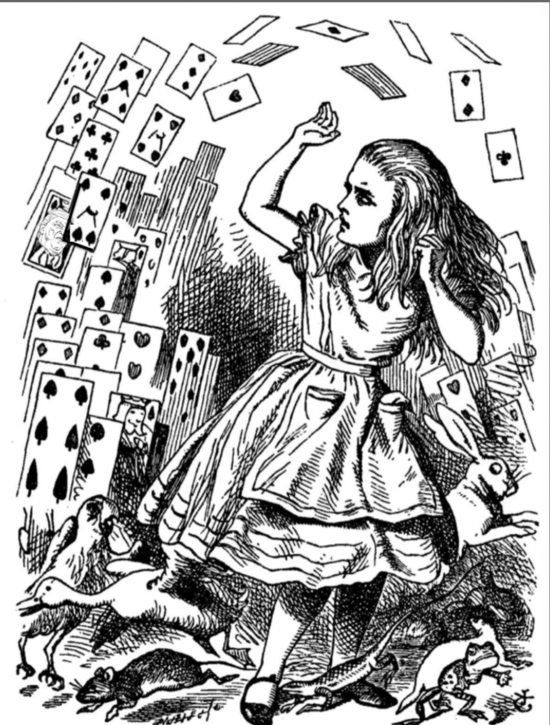 (this article is copied & shared from Daily Kos/community, author: HalfBrown )

Lev Parnas could turn Trump and his minions into the evil mad pack of playing cards that they are.

I know what the topic of the morning will be when I head up to the top of the hill where I live to meet my liberal friends at the coffee shop with the beautiful view of Oregon’s Willamette River will be about Rachel Maddow’s interview with Lev Parnas.

I held my breath as Lev Parnas came on. Would he come across as a dimwitted thug with a heavy accent totally lacking in credibility?

Then he began to speak and I thought that this guy is not only believable but he is articulate and personable. Anything but a thug, he came across as a self-effacing yet confident gentle giant with a wry sense of humor.

He seemed cognizant  of the import of what he was saying as he revealed information that could not only bring down a president but also his minions from Mike Pence to Bill Barr to minor players like Rick Perry.

My thought was that he could turn them into so many playing cards flying into the air like the cards at the end of Alice in Wonderland.

`Off with her head!’ the Queen shouted at the top of her voice. Nobody moved.

`Who cares for you?’ said Alice, (she had grown to her full size by this time.)

`You’re nothing but a pack of cards!’

At this the whole pack rose up into the air, and came flying down upon her: she gave a little scream, half of fright and half of anger, and tried to beat them off, and found herself lying on the bank, with her head in the lap of her sister, who was gently brushing away some dead leaves that had fluttered down from the trees upon her face.

`Oh, I’ve had such a curious dream!’ said Alice, and she told her sister, as well as she could remember them, all these strange Adventures of hers that you have just been reading about; and when she had finished, her sister kissed her, and said, `It was a curious dream, dear, certainly: but now run in to your tea; it’s getting late.’ So Alice got up and ran off, thinking while she ran, as well she might, what a wonderful dream it had been.

Alice woke up from her nightmarish dream. Lewis Carroll never told us what happened to the pack of cards.

If justice prevails we will see our evil queen and his pack of cards going into the shredder, ignominiously incinerated, with their ashes relegated to the history books about how the United States came close to become a ruthless dictatorship and possibly were saved by journalists like Rachel Maddow, who I think will win a Pulitzer Prize for this story, and an unlikely character named Lev Parnas.

I also thought what has already been discussed on Morning Joe, and no doubt will be brought up by others on MSNBC and elsewhere. Lev Parnas could be what John Dean was for Nixon and his cohorts for Donald Trump and his minions.

“All Is Well” – A Choreographed Conflict

Even better than the toilet paper stuck to the dumbass’s shoe as he boarded Air Force 1, this is a permanent shitstain that’ll be prominently following him to the grave and beyond. (-hopefully, there’ll be a prison stop on his disgraceful way to eternity).

Posted by Claude Robichaux on October 28, 2019
Posted in: Litterboxing. Tagged: Baseball, Boo!, ITMFA, Lock Him Up Lock Him up, National Anthem, politics, Trump, Washington Nationals, Well Played, World Series, You Get Exactly What You Deserve.

So, tell us how you really feel, America … (-cannot.stop.laughing-) …

Bend Your Faith to Fit the Facts … 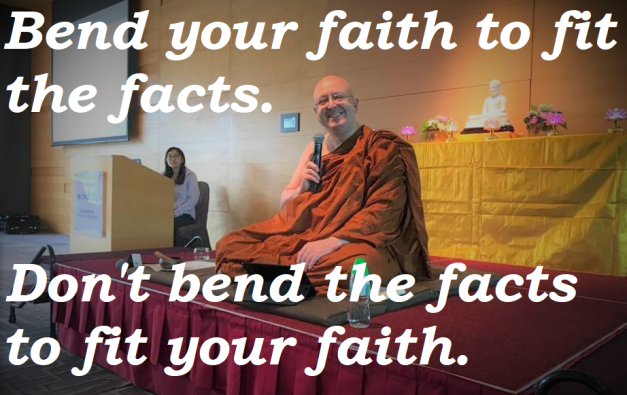 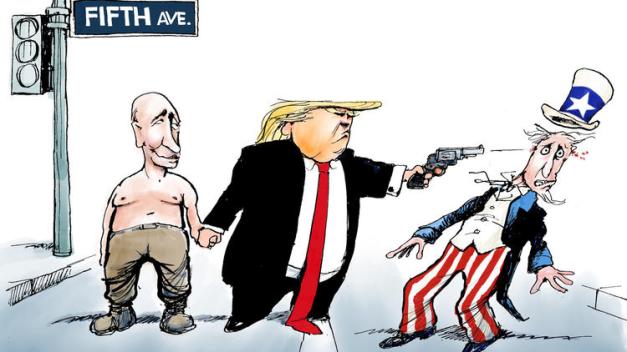 The Rotten Fruit Is Now Ripe for Picking 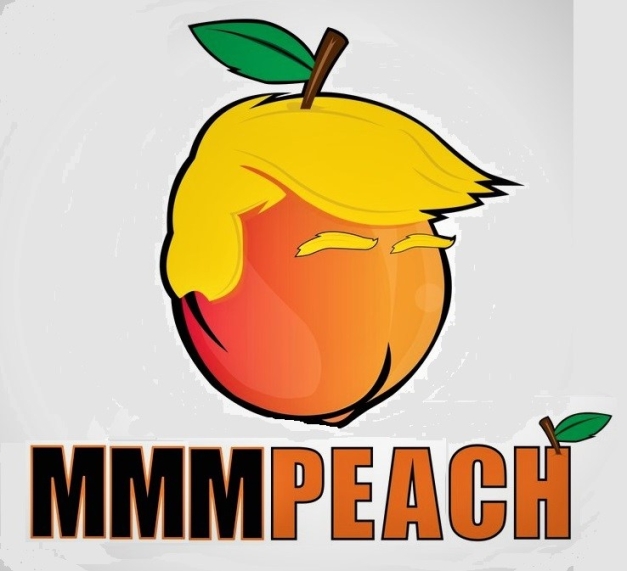 Time to chuck fermented fruit into the looney-basket.